The Crown -An Explanation 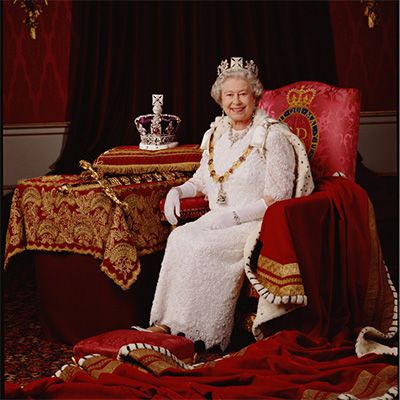 Understanding the meaning of ‘the Crown’ as used in the Constitution and government can result in much legal and philosophical discussion as it is not just a physical object placed on the Sovereign's head during a coronation; it also represents the legal embodiment of the authority of the Sovereign in relation to law, governance by State or Commonwealth, justice, Armed Forces, the prerogative powers and so on. Ultimately its presence ensures the protection of the rights of the people regardless of the government of the day. It is the last resource provided by the Constitution to guarantee its own working and thus is indispensable for without the Crown the Constitution cannot function.

In Australia the meaning of the word ‘Crown’ takes on this legal 'other' meaning rather than that of a real material crown.

One straight forward way to grasp its significance is to realise that the Sovereign has the responsibility of the Crown for the term of his/her life. When a new Sovereign takes over, the Crown remains ever in force even for the seconds in delay between the death of one Sovereign and the accession of the next. One could look on a monarch as 'keeper of the Crown'. The crown remains but a sovereign, being human, does not.

This means that the Monarchy always represents the continuity, legitimacy and unity of the State and has been able to survive change because of its ability to adapt and because it is vested in the people, not in a single person or social class. It is the Crown, and not the wearer, which embodies the State, the laws and the rights of the people. Although the Victorian journalist and essayist Walter Bagehot had perceptively said of Queen Victoria: 'The use of the Queen in a dignified capacity is incalculable, it is also contextually true that in a Constitutional Monarchy it matters not who is the Monarch because it is the Crown and the 'system' which is paramount.'

Many become fascinated by the wearers of crowns and their extraordinary lives. In the case of the Queen who is surely the most well-known and respected public figure in the world, our fascination on the minutiae of her life is understandable. She deserves our attention not only as the wearer of the Crown but as a human being who has devoted her life to duty and service of her peoples. She is, in fact, the living embodiment of the nation but the Crown will continue to be the embodiment of authority regardless of the wearer.

One day the Queen will die and the Heir-Apparent will immediately assume the title of King but it will be the Crown and its authority which is passed on. Whoever wears the Crown, its authority will continue to act as a safeguard of the Australian people's rights and freedoms.

There is much written legal commentary on the meaning of the 'King's two bodies': the body natural and the body politic. The Crown is worn by both a 'body natural' (i.e. the wearer lives and dies and is subject, like us all, to the complexities of human life) and by a 'body politic' which, in this capacity, exercises all the important functions of the nation state and its government, its justice, defence, authority and prerogatives. These latter are of course the last resource provided by the Constitution to guarantee its own working and remain generally unused but always held in reserve.

For more on this see under Symbols