During these troubled times the last thing anyone wants to hear about is the monarchy v republic debate. Keeping safe is uppermost in people’s minds, and so it should be.

However, we believe it is important to keep in touch with our members to let you all know what is happening monarchy-wise.

The proposed visit by the Duke of Cambridge to Australia has, of necessity, been postponed. Now is not the time for a royal visit but hopefully this will occur once the emergency has passed. 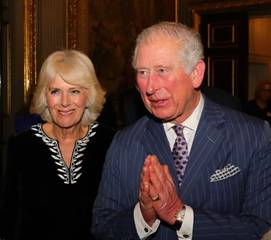 The Queen, along with the 98-year-old Duke of Edinburgh remain in isolation at Windsor. The Prince of Wales, who has tested positive to the virus, is at Birkhall with the Duchess of Cornwall on the Balmoral estate.

This means that the Duke of Cambridge (Prince William) has taken up the slack, although the Queen is still very active in overseeing affairs.

We send to Her Majesty our every blessing and pray she is kept well and is able to enjoy her 94th birthday which falls on the 21st of April. 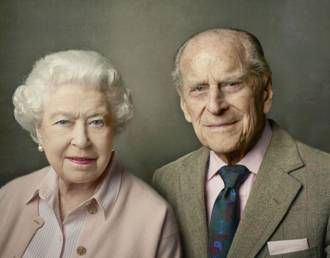 The Queen’s Birthday parade has been cancelled as have all associated events and gatherings both in the UK as well as over here. The British prime minister, Boris Johnston and his Health secretary, Matt Hancock, have both tested positive for the virus.

I have written to the Palace to point out that whilst there have been some messages from Her Majesty to the British people, such messages should also be directed to those in the Realms if not from the Commonwealth itself. Questions have also been raised on why the Governor-General, David Hurley, appears to be kept in the background. After all, he is the executive head of state and, being above politics, is ideally suited to bring peace and calm to all Australians.

I have been talking previously about the need for a comprehensive educational programme relating to our system of governance and I am pleased to advise that an entity has now been independently formed and incorporated for this purpose which is called “The Australian Nationhood Foundation”.

The Foundation is working on a number of initiatives to educate all Australians on our constitutional system of governance and, in particular, the role of the Queen and the Crown within it. Very shortly, a new website (nationhood.org.au) will be set up for this purpose and that website will be the Foundation’s main vehicle to disseminate information.

Specialists in graphics are being retained to assist in this regard. You will be kept informed, by the Foundation, of progress from time to time.

The new website, still at: monarchist.org.au is now online. Again, without any sort of fanfare due to current circumstances. However, please do have a look at it and let us have any comments you may wish to make or suggestions on how we can better the site.

On another front, AML has moved to new premises just outside the Sydney CBD in Paddington. The complex will house AML and the Foundation in separate quarters. We now have a staffer working for two days a week supported by our volunteers. In normal circumstances we would already be planning for a welcome reception, but these sorts of things are on hold until the emergency passes which, God willing, will be sooner rather than later.

We were organising a grand dinner to honour the Queen on her 94th birthday which occurs on the 21st of April. The Hon. Tony Abbott was to have been our chief guest. Our Victorian branch was also organising what was proposing to be a very well attended reception on 19 April but we have, of course, had to cancel as has occurred with other functions and services around the country.

Our Mailings to Members

Our volunteers have travelled from different parts of Sydney to the AML complex to prepare this mailing. However, it is not certain whether circumstances will allow us to do the same for the next mailout, but we will continue to keep in touch with members via email. Very importantly, if you are on email but are not receiving our emails and wish to do so (bearing in mind postal mailings may be difficult over the coming months) please email with your email address to: [email protected] Roughly one fifth of our financial members do not have an email address recorded with us and we are trying to work out what we can do in this regard.

As those already receiving our emails are aware, we do not send out bothersome email blasts all the time, as businesses and other organisations do, but only seek to keep members informed. Our emails relate only to AML, the Crown and the Australian Constitution.

Although everything is in semi-lockdown, we are continuing to monitor the situation in the event the media seeks to raise the issue of a republic or attempts to make controversial comments in this regard. We do know that even now republicans are working with elements, including government entities in Ireland, to promote some sort of Irish republic in Australia.

Accordingly, whilst there are so many other issues taking precedence, please don’t forget the League as it is important that our organisation continues to survive and defend our constitution, provisions of which are already apparently being contravened in the name of the emergency.

In the meanwhile, please accept my prayers and very best wishes that you are kept safe and secure during these troubled and stressful times.

PS: The following YouTube videos may be of interest to you. The first video, issued a week ago, is about the Coronavirus and good hygiene. The other provides a fairly detailed explanation of the virus.

Caring for our Members

The coming months are going to be hard for all of us, especially for some of our members who are not so young, so a few volunteers and I will be contacting you over the next few months to check in and chat. COVID-19 won’t stop us from having a cup of tea together even if it is over the phone.

Don’t worry if you happen to be away from your phone when we call, as a volunteer will call you again.

In the words of Dame Vera Lynn,

The Commonwealth That Brings Us Together 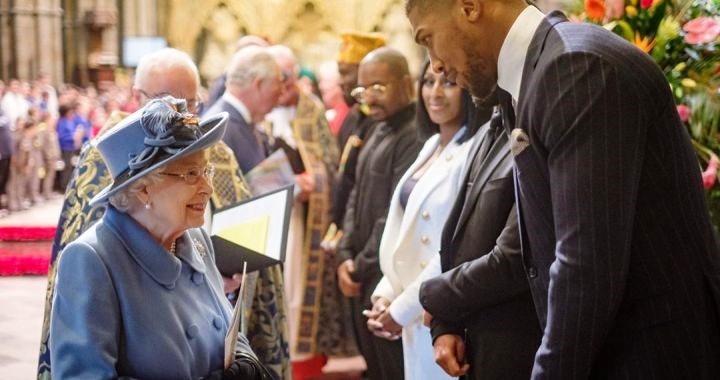 Heavyweight boxing is not typically associated with Queen Elizabeth II or even our monarchy but Anthony Joshua’s recent Commonwealth Day speech is a refreshing example of these two unlikely – but actually quite similar – worlds coming together.

Joshua, the current unified heavyweight champion, is Watford-born but of Nigerian descent. “I come from the Yoruba people,” he said in front of the Queen, “who are the largest and some might say the loudest ethnic group in all of Africa. I am proudly Nigerian and I am proudly British.” His unifying remarks are refreshing at a time of jarring identity politics. “These days we hear so much about division and difference that some might be tempted to see that as a bad thing,” he laments. “But on the contrary, it’s a beautiful thing, a thing to be celebrated and cherished – and a great source of peace and stability.”

This, I sense, is not the softer and ever-malleable version of multiculturalism we have come to know. It is a more genuine brand that Joshua evokes – one that celebrates a common heritage and reflects on the best parts of Empire rather than the worst. Here I’m reminded of people like the Caribbean writer V.S. Naipaul, the Nigerian novelist Chinua Achebe and even the invincible Nelson Mandela – figures that certainly prodded empire but also sensibly respected western and British traditions. “I don’t imagine my father’s parents would have been able to understand the idea,” Naipaul told the Manhattan Institute in 1991 about his experience in London – the headquarters of Empire. “So much is contained in it: the idea of the individual, responsibility, choice, the life of the intellect, the idea of vocation and perfectibility and achievement.”

But one need not reside in Britain to experience these ideas. It is a sentiment that touches the far reaches of the Commonwealth – 53 nations, all six continents, and 20 per cent of the world’s land area. Mandela, recalling his school days in 1920s Natal, said that “Britain was the home of everything that was best in the world” and “the country that was my pride.” “You must also remember that Britain is the home of parliamentary democracy,” he added, “and, as people fighting against a form of tyranny in this country [South Africa], we look upon Britain to take an active interest to support us in our fight against apartheid.”

While Joshua spoke of overcoming division he also spoke of the practical chemistry that enables individuals to do well in any decent democracy. “I feel opportunity should be there for the taking along with hard work, dedication and perseverance regardless of one’s background.”

How refreshing. And, matched with the Queen’s enduring example of duty and pursuit of the common good, a pathway for all of us touched by the Commonwealth in the twenty-first century.