Of course, a warped poll is going to create a warped response. The inference in the question was that we are somehow a vassal of the United Kingdom, which we are most definitely not. We find that the emphasis in the question is misleading and would corrupt any response.

No mention was made of the fact that Australia is a free, sovereign and independent nation and has been so for over 100 years. It is true that our constitution, our laws, our base culture and our language were all were gifted to us by the United Kingdom. It is also true that the United Kingdom gifted true independence to us with the Australian Constitution.

Our constitution does not mention, anywhere, the term head of state, which, in republics means ‘the president’. This is because we are different from republics. We are a constitutional monarchy with a sovereign represented by the Governor-General, who is an Australian. Upon appointment he is the person who becomes the executive head of the state.

The plain fact is that our system of constitutional monarchy works because we have checks and balances which cannot be replicated in any republic where most are totally controlled by politicians and big-business. Therefore, becoming a republic would be a retrograde step for Australia.

It is interesting that there has been no mention of who requested and paid for this warped poll. Details cannot be found on the YouGov website. 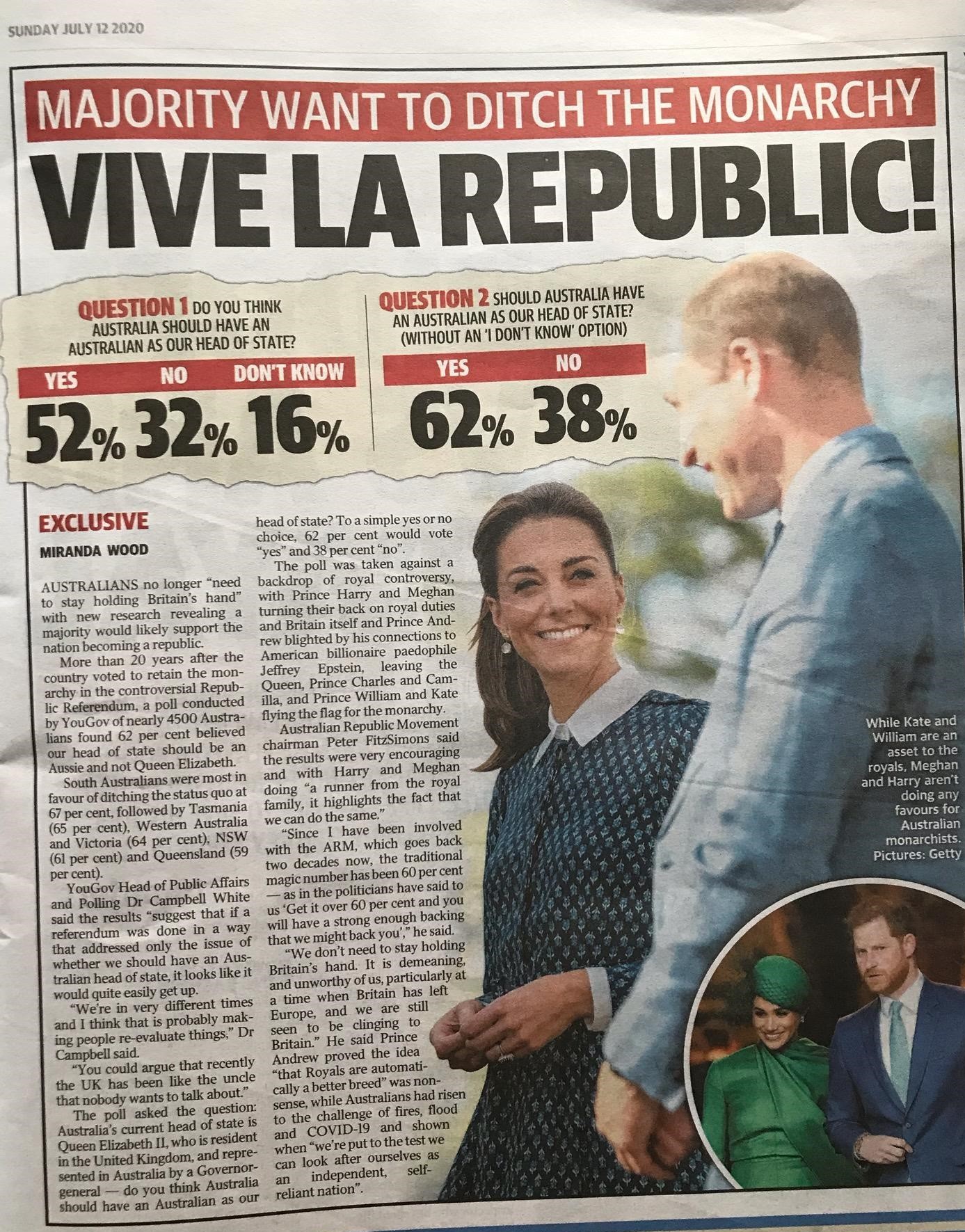