Moments in the life of the Queen

At the age of 21-year Princess Elizabeth accompanied her parents on a tour of South Africa during which she was asked to make a broadcast to the world. Instead of saying the sorts of things most 21 years old would say, she made a lifelong vow: “I declare before you all that my whole life, whether it be long or short, shall be devoted to your service.” It was only four years later that Elizabeth became Queen of one of the world’s most powerful nations.

The Princess Elizabeth was born in Mayfair, London on the 21st of April 1926. She was the first child of the Duke and Duchess of York (later King George VI and Queen Elizabeth).

She was educated privately at home and during the Second World War volunteered to serve in the Auxiliary Territorial Service. In 1947 she married Philip, Duke of Edinburgh, a former prince of Greece and Denmark, with whom she had four children: Charles, Prince of Wales; Anne, Princess Royal; Prince Andrew, Duke of York; and Prince Edward, Earl of Wessex.

On the 11th December 1936 Princess Elizabeth’s uncle Edward VIII abdicated and her father became king as George VI, and she became the heir Presumptive. Due to the then laws, she could not be heir apparent because her father may have had a male child who would have taken precedence over her.

On the 20th November 1947 she married her distant cousin, Prince Philip of Greece and Denmark. Her first child, Charles, was born on the 14th November 1948.

Due to the king’s ill health, Princess Elizabeth and her husband Prince Philip undertook to represent the king on an official tour of Australia and New Zealand. Whilst en route in Kenya, on the 6th of February 1952, the king died. Elizabeth immediately became Queen and returned to Britain. She was 25 years of age. 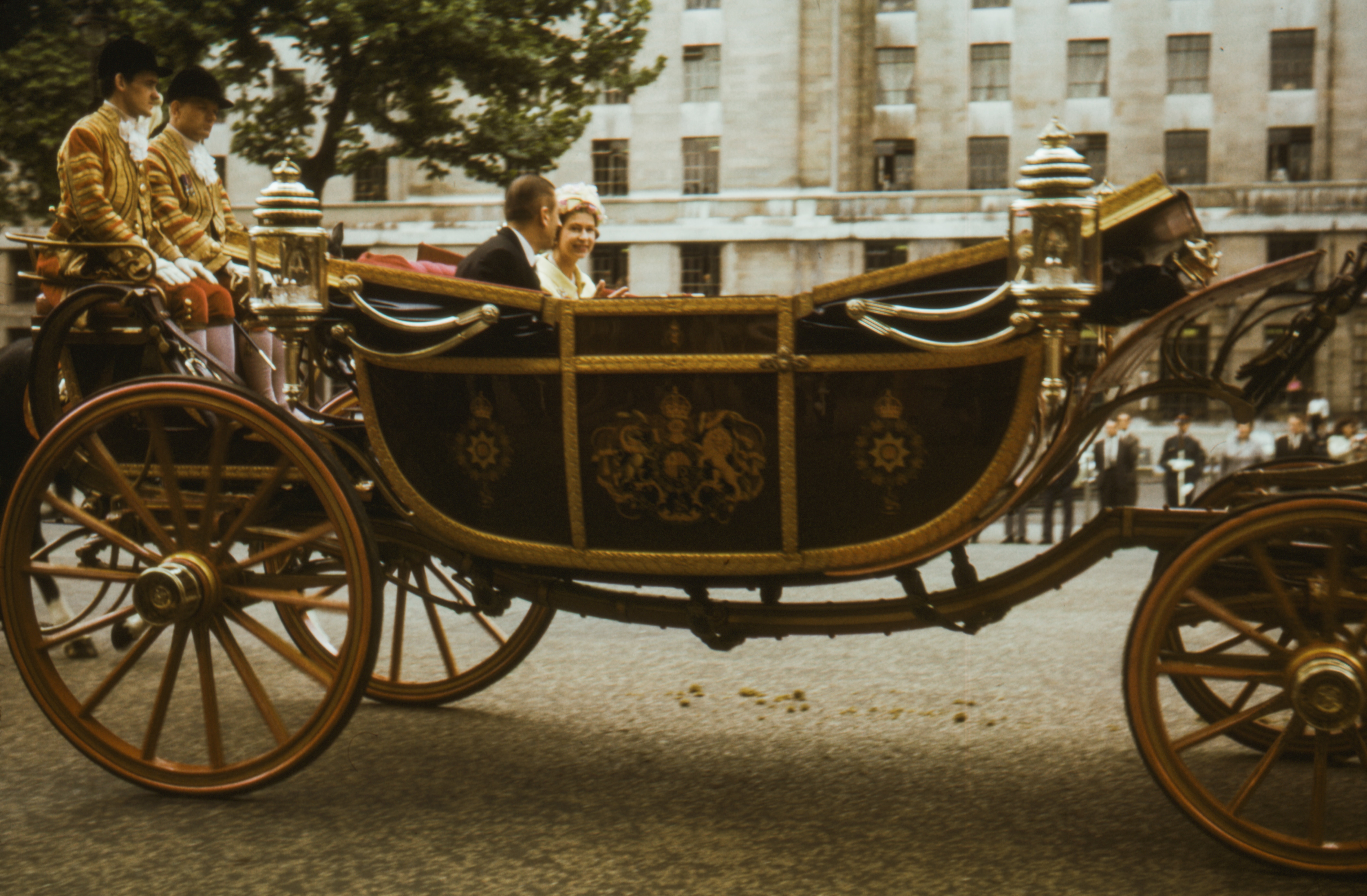 Elizabeth was formally crowned at Westminster Abbey on the 2 June 1953 in front of over 8,000 guests including representatives from the Realms, Commonwealth heads of state and foreign leaders. Although steeped in tradition with the ceremony going back to the days of King Solomon, the coronation was the first ever to be broadcast on television.

The first tour the Queen undertook as monarch was in 1953 to resume the earlier planned tour of Australia and New Zealand but this time a number of other countries were added. The tour was to last seven months with Her Majesty and the Duke of Edinburgh visiting 13 countries and covering more than 40,000 miles by land, sea and air. During the tour of Australia, the first by a reigning monarch, it was estimated that three-quarters of the country’s population came out and lined the streets to catch a glimpse of her.

Since then she has made a point of visiting countries within the Commonwealth as well as official tours to other parts of the world making her the most widely travelled head of state in the world.

Her Majesty has always maintained a strong affection for Australia which formed in 1953 and which she has held throughout her life. When asked about a republic, she has consistently held that it is a matter for the Australian people and that she would abide by their choice.

In 1973, the then prime minister, Gough Whitlam, introduced a new Royal Styles and Titles Act describing the Queen as “Elizabeth the Second, by the Grace of God Queen of Australia and Her other Realms and Territories, Head of the Commonwealth.” It is said that Whitlam wanted to remove the words ‘by the Grace of God’ but the Queen put her foot down and insisted that this be retained. Although the Queen has, since her Accession, been Queen of Australia by right of the Australian Constitution, the Act is the first piece of legislation declaring her to be so.

The Queen’s last visit to Australia was in October 2011 also with massive crowds coming out for what everyone felt would be a farewell visit and that she had come to say ‘goodbye’. It was the 16th and the last time she had visited Australia.

In a few months the Queen will be 95 years of age. Next February 2021, she will have been Queen for 69 years and, of course, 2022 will mark the platinum anniversary since her accession. 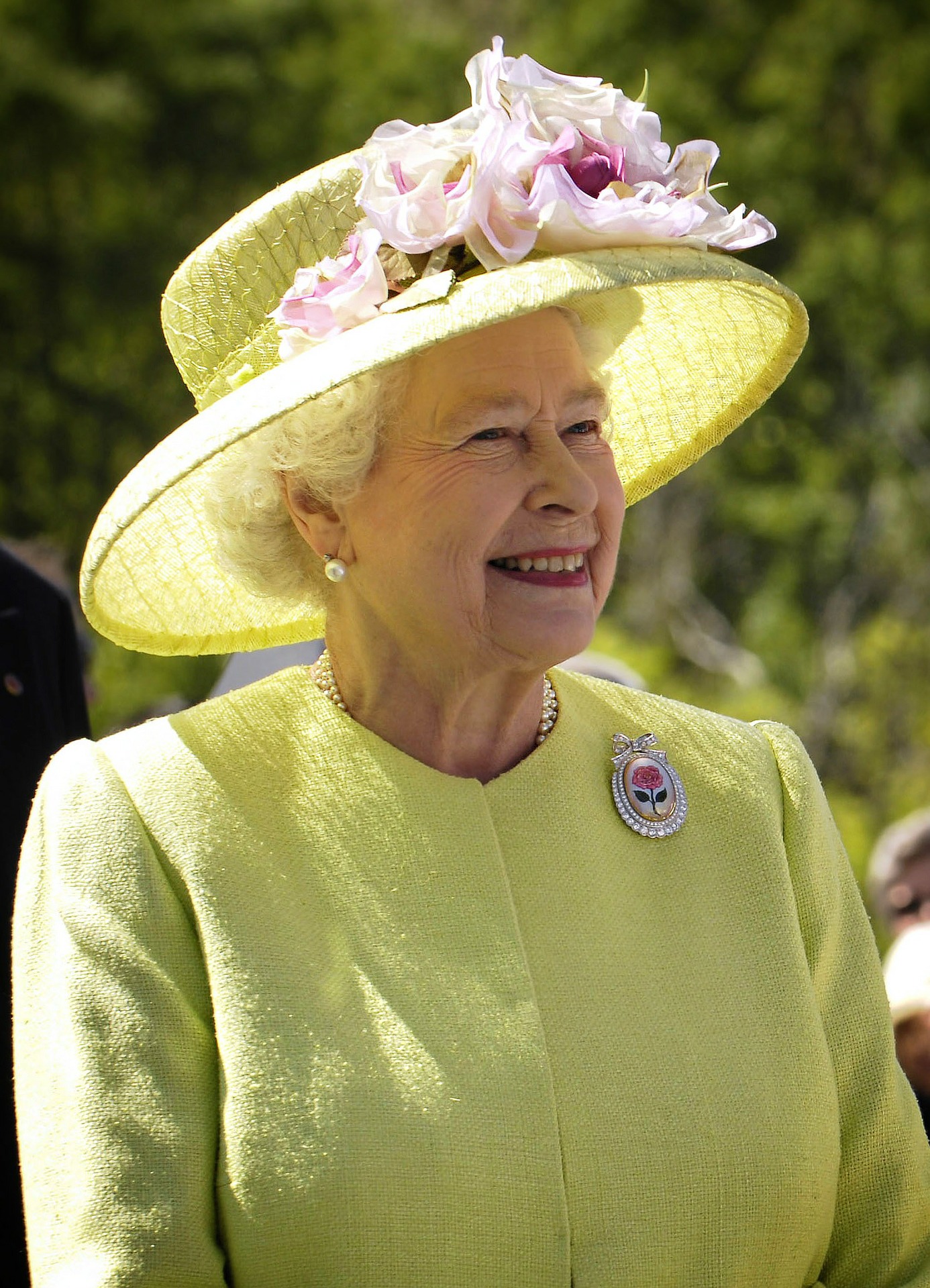 In June of next year, the Duke of Edinburgh will reach 100 years of age.

So many milestones have been passed in the life of the Queen. She is the oldest monarch to sit on the throne, the longest serving monarch and the longest married monarch.

Since her accession in February 1952 she has seen so many changes both cultural and societal, but she has kept up with all of them even to the extent of being one of the first individuals to send an email. The monarchy now has an up-to-date and informative website and social media platforms including Facebook, Twitter, Instagram and YouTube.

She has been a perfect monarch, never wavering from the vow she made all those years ago in 1947 “I declare before you all that my whole life, whether it be long or short, shall be devoted to your service.”